The small California municipalities of Larkspur and Corte Madera, both located just north of San Francisco, combined their police forces in 1980 as a cost-saving measure. But money was still tight and their public safety facility was far from perfect. “Our old building was almost like a mobile home,” said Captain Mike Norton. “It was legal but piecemealed together — we had stuff like wooden cabinets with locks on them.”

When funding was acquired for a new building in 2008, the chief called in the local Spacesaver affiliate to design storage solutions for evidence lockers, personal lockers, files, and sally port lockers. The chief had recently attended a walk-through of Sausalito’s new police department, which had been designed by Glass Architects, along with Systems and Space design consultant Catherine Belmont.

The planning group wanted to make smart use of their available space, in large part because the new building would eventually house a further expanded police department comprising yet another municipality and a portion of a fourth. The new entity would be called the Central Marin Police Authority. 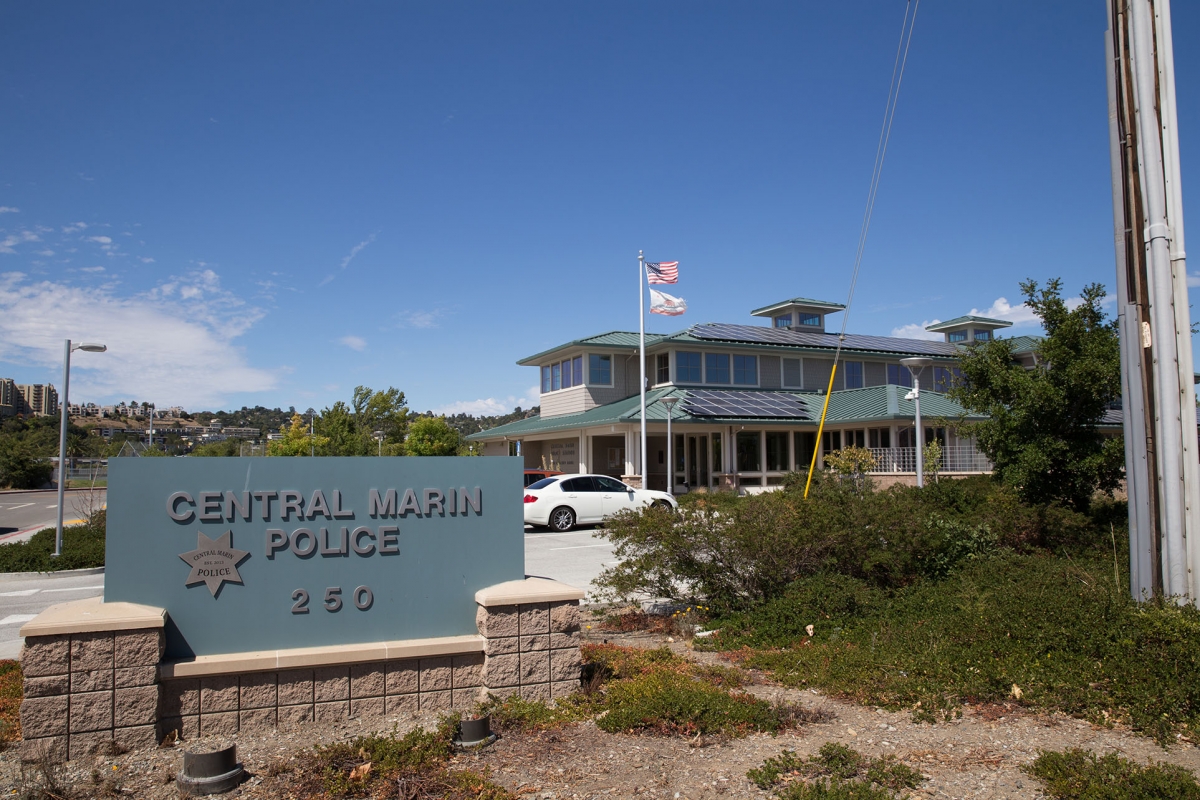 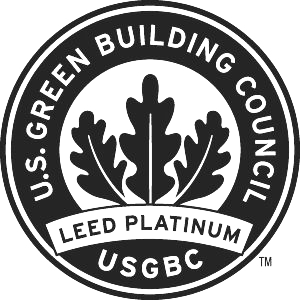 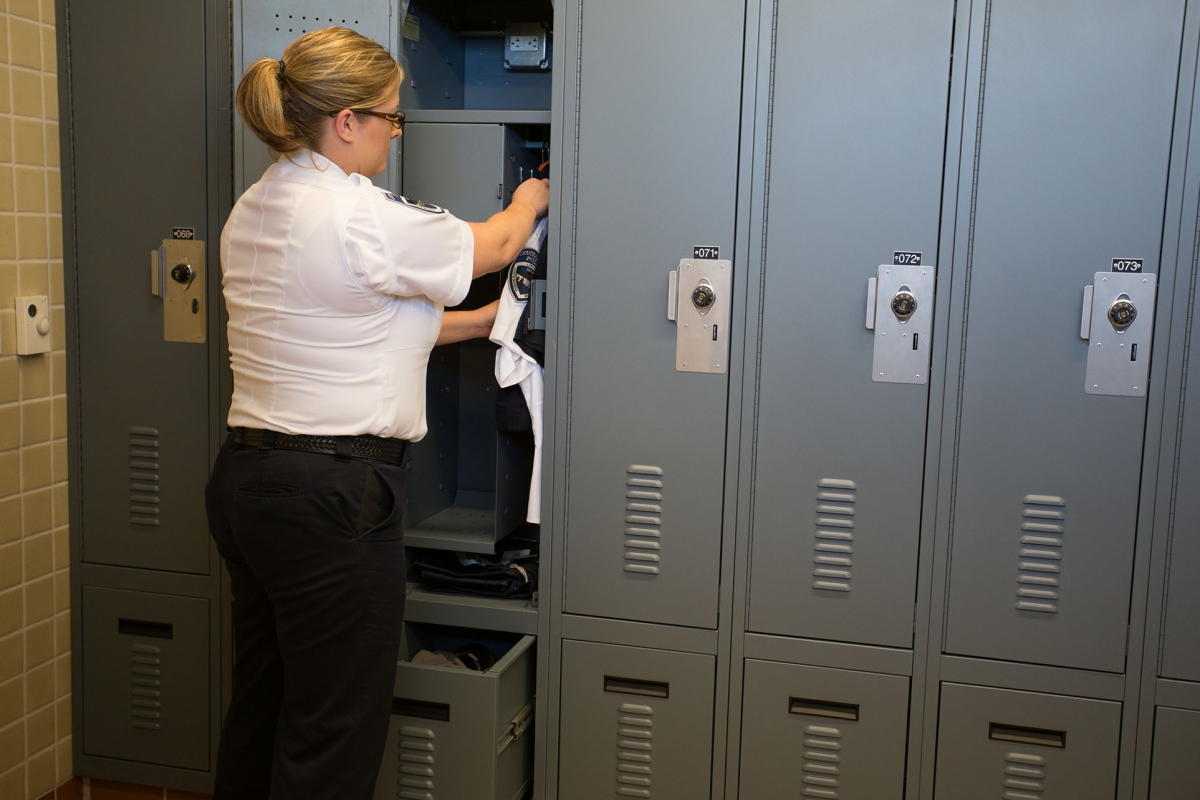 The planning team acknowledged that the officers were working hard in tough conditions, dealing with unruly suspects and frequent uncertainty during hectic shifts. The planning team wanted to boost morale by investing in the officers’ comfort — and they saw the new building’s locker rooms as the best way to do that. They wanted the new locker rooms to be an oasis of order and safety for the officers. The defining feature of any locker room, of course, are the lockers themselves — so the planning team determined that the officers’ personal duty lockers should be a major focus of the project. They particularly liked the heavy-duty quality and versatility of Spacesaver’s FreeStyle® Personal Storage Lockers they had seen at the recently completed public safety building in Sausalito.

With that commitment to quality in mind, they decided to invest in sturdy lockers that would stand up to frequent use. The Spacesaver consultant worked with the officers to create a list of “need to have” and “nice to haves” for the locker rooms, which included:

Designing an ADA-compliant locker room involves more than just installing an accessible locker. The Spacesaver consultant knew how to ensure the locker room aisles would provide adequate turning space for wheelchair users, how to design and locate a bench for comfort and accessibility, and how to provide appropriate and accessible areas for instances when privacy would be required.
.02

The officers wanted to be able to charge electronic devices while they were off duty, so the devices would be fully charged and ready for use at the start of each shift.
.03

Handguns and other valuables can be stored inside a lockable compartment within the locker, which adds a layer of security.
.04

Sized just right for officers’ duty bags, drawers located on the bottom of each locker provide convenient access to the essentials that officers need to take out on patrol.
.05

Double doors allow for quick and easy access to locker contents, and vents allow for ample air circulation around garments and gear.
.06

After working hard to design efficient and attractive locker rooms, the planning team wanted to ensure that the rooms’ orderly appearance would be maintained over time. To prevent horizontal locker tops from being used for impromptu storage, the Spacesaver consultant specified that the locker tops should be finished with slanted steel toppers.

Spacesaver’s FreeStyle lockers were the ideal solution. In addition to providing all the features on the officers’ list, the lockers offer a variety of configuration options to suit officers of different heights and preferences.

While the locker rooms were a top priority, a number of other areas also required well-designed storage solutions. Other solutions installed at this facility included:

Space-saving mobile shelving. A single facility now accommodates the combined paper files of several municipalities, so a compact mobile system was installed to save space. Shelving units are mounted on carriages that move along rails, which enables the units to be stored close together and eliminate wasted aisle space. Aisles are dynamically created at the point of need with mechanical-assist handles. 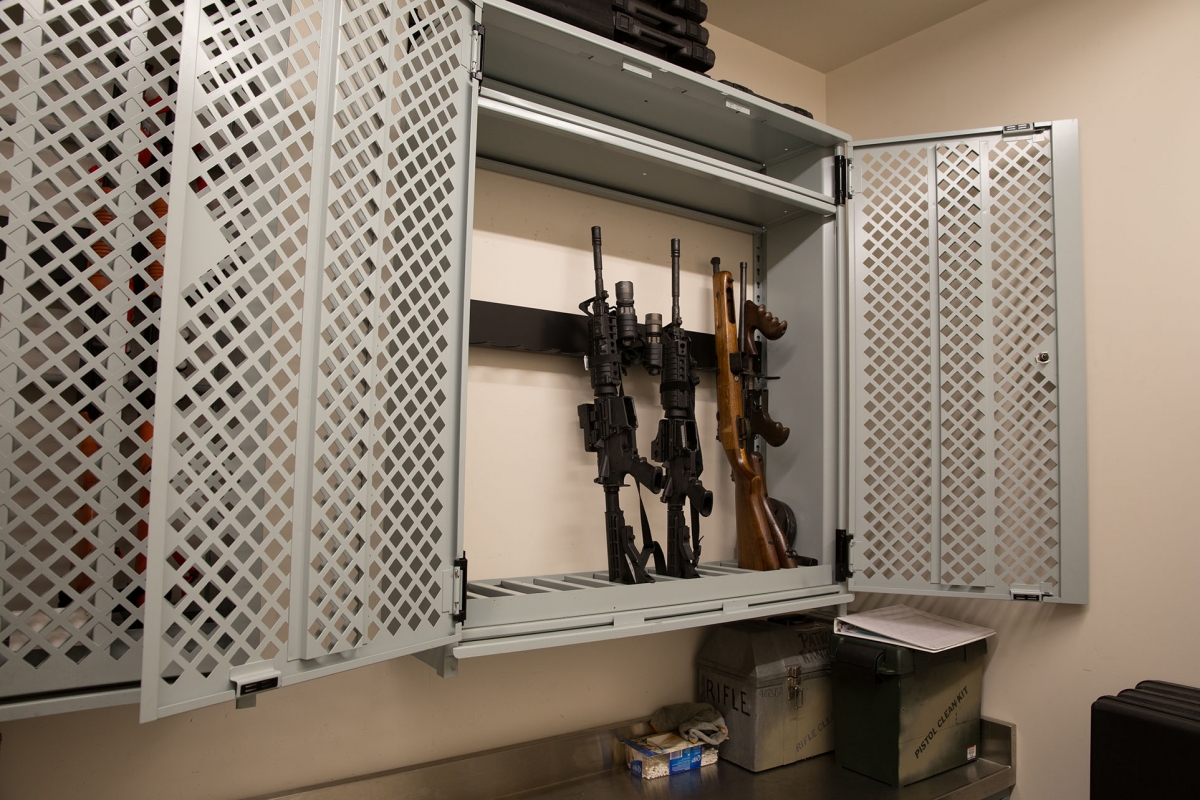 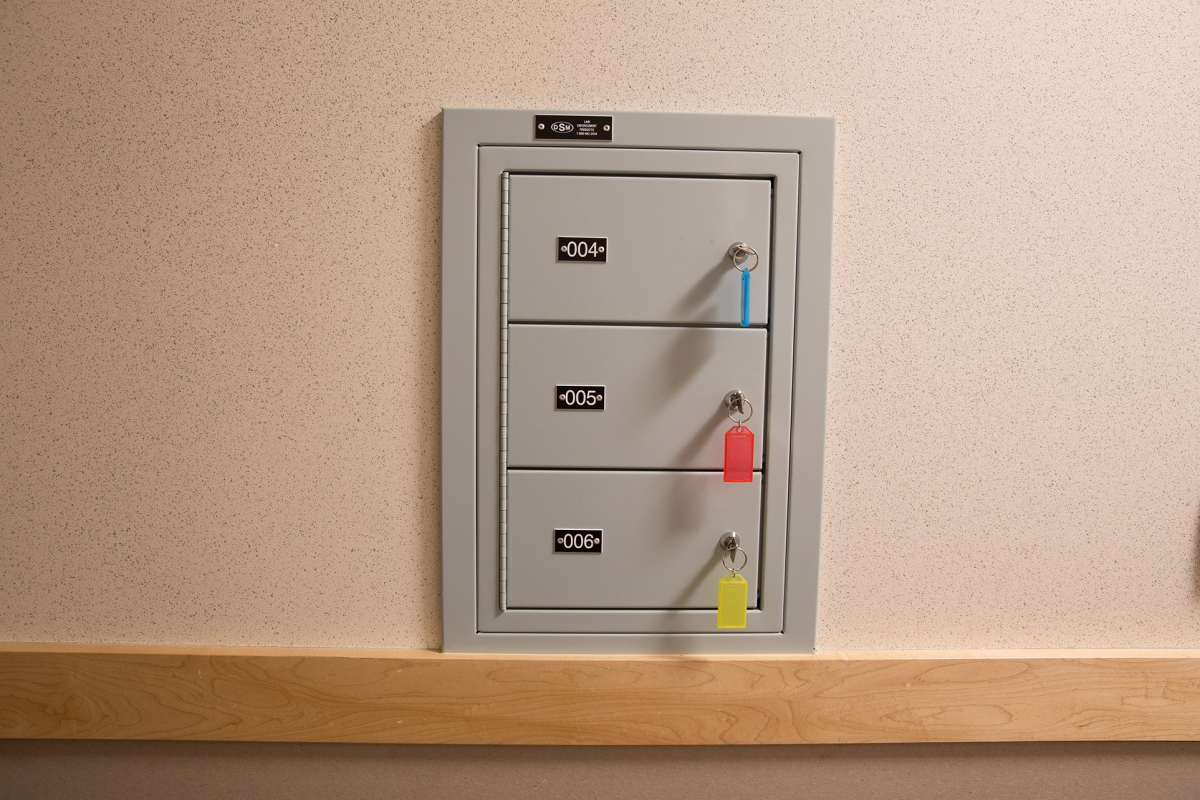 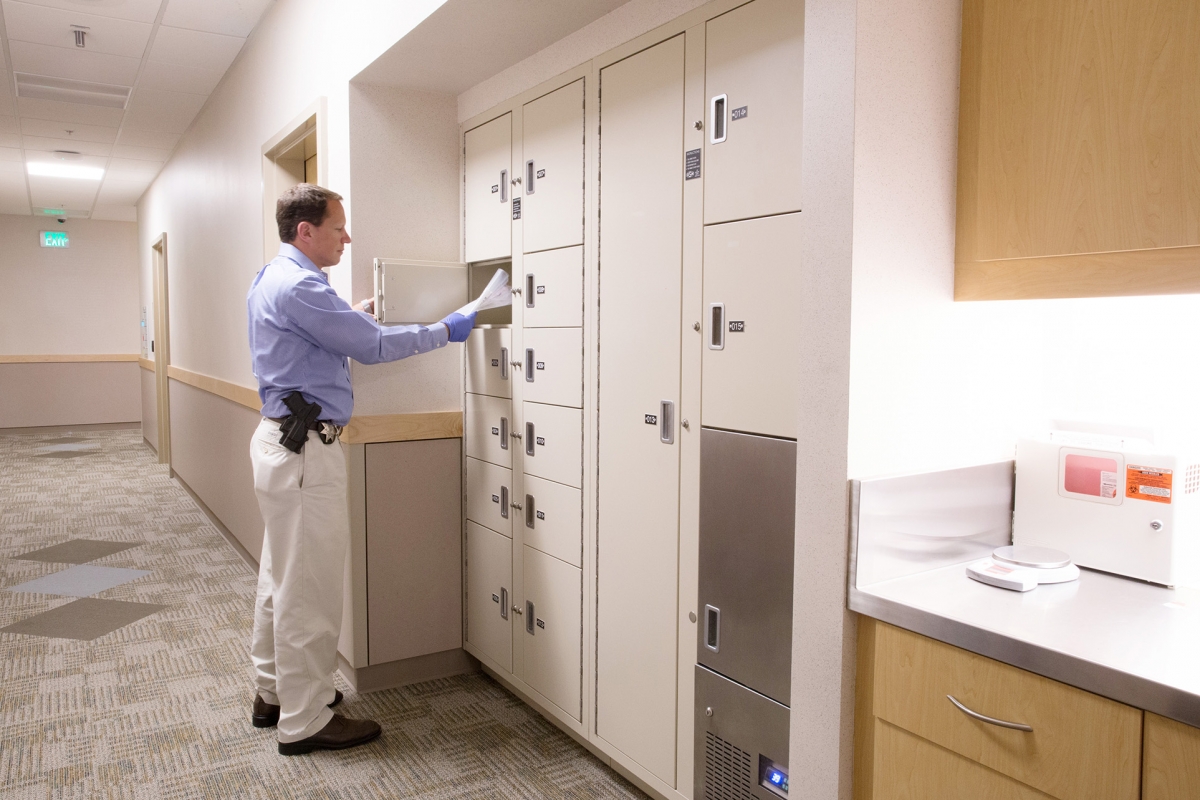 Evidence is secured in pass-through evidence lockers with doors in multiple sizes and a refrigerated compartment.

Close
Since Spacesaver products are engineered and manufactured in the USA, the local affiliate was able to specify made-to-order solutions that met accreditation requirements, the officers’ specifications, the allotted space, and the budget.

The building opened in 2013, and while all the storage solutions are functioning well, the personal gear lockers are still the highlight for the officers. “The lockers were probably one of the most noticeable improvements for everyone in the department,” said Captain Norton. “The bulk of our employees are officers and the one special thing they get is a locker, so that was exciting.”