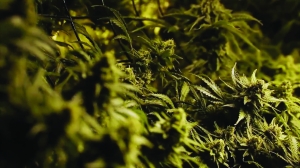 Vertical Growing: The Future of Medical Cannabis in Colorado

Thanks in large part to the 23 states that have now legalized marijuana for medical and/or recreational purposes, legal cannabis has become the fastest-growing industry in the United States.

If this trend continues, legal cannabis is even on pace to become a larger industry than organic food!

But such rapid growth comes at a price…

While other growing options (such as greenhouses) do exist, warehouses tend to be the most popular due to zoning laws and security concerns. Additionally, because of federal regulations, many operations have a difficult time receiving bank loans needed to build new spaces from the ground up.

For that reason, warehouse owners are now leasing their indoor spaces at a premium – as much as double old leasing costs, in some states.

Additionally, cannabis plants thrive when exposed to uniform access to light and warm temperatures, which means growers need enough space to spread out the plants. Of course, this additional space and lighting means higher costs in terms of both rent and electricity.

After hearing about the “green rush” in Colorado, Heidl and his wife moved to Colorado in 2010 to get started in the industry. They successfully secured a warehouse space to begin their operation, but quickly realized that the horizontal layout wasn’t being fully utilized. Instead, it was resulting in a large amount of wasted space – and wasted funds.

According to Heidl, one of his cofounders had friends back on the East Coast who were taking a unique approach to optimizing their cannabis warehouse space: vertical grow systems using baker’s racks.

“They would take two racks and put them back-to-back with a bulb between them – and they were getting really amazing results,” said Heidl. Inspired by this unique approach, Heidl set out to find a way to implement vertical growing in his own operation.

“I thought of a doctor’s office type of filing cabinet where the files moved together, and I wondered if there was anyone doing that with industrial shelving,” Heidl said. It wasn’t long before Heidl and his team discovered Spacesaver.

Spacesaver representatives made a visit to Heidl’s growing facility to assess the operation’s storage and space needs.They then demonstrated how the Spacesaver ActivRAC mobile system could be used to optimize their growing space:

“In one of our smaller rooms, the canopy was 320 square feet. After installing the Spacesaver system, we have over 1600 square feet of canopy, so we’re talking basically a 500% increase in canopy size,” Heidl explained.

There are also plans to implement the new system in their larger warehouse space, which will allow them to convert the current 240 growing lights into 1350 lights. In a traditional indoor growing environment, the square footage needed for 1350 lights would be roughly 50,000 square feet.

This is especially important for operators in an industry that still faces difficulties getting bank loans due to federal regulations.

The increased yield and efficiency created by the mobile vertical growing system has helped LaConte’s Clone Bar & Dispensary expand to meet demand and stay competitive in an ever-changing and increasingly-profitable industry.

Need a unique and innovative storage solution for your business? Contact Systems and Space!