The BeCode PAD is unique, innovative combination lock that requires no keys or transponders. Instead, the lock is opened simply by entering the correct code. This type of lock is secure and efficient, allowing the user to safely store and retrieve their belongings while protecting against theft, as well as broken locks or keys.

What is the BeCode PAD? 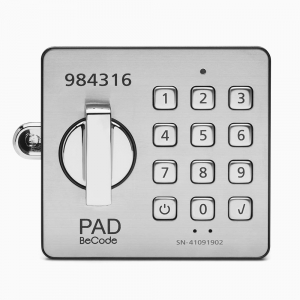 The standard BeCode PAD color is silver, making it an attractive locking solution for sleek offices, conference rooms, lobbies, and more. Additionally, the use of universally recognized digits and symbols makes the PAD easy to use among all users.

Because the system uses only a simple key pad, the PAD is better protected against vandalism and damage, in comparison to traditional combination or key locks. Durable and rugged, the PAD also has an exceptionally long service life: roughly 100,000 uses, which could span anywhere from several years to many decades. 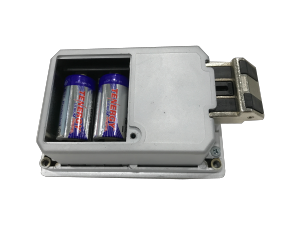 Of course, all of that power has to come from somewhere, right? Enter the PAD’s impressive lithium battery, featuring a lengthy 20-year lifespan!

The PAD contains up to 2 lithium batteries, of the type CR123. Due to the PAD’s highly efficient energy management, the lock is designed to be used for up to 20 years without needing to change the battery (up to 1,000 closures per month).

Should the batteries eventually fail or become drained, you can connect the PAD with a special “emergency power adapter” and an external power supply that will allow power to reach the batteries from the outside.

When it comes to intuitive operation and simple administration of a locking system, BeCode PAD is unbeatable. Additionally, the efficient energy management of PAD and its 20 year lithium battery lifespan makes it virtually maintenance-free.